Earlier in the year Rachyeta featured us on her lovely Shaadiesque blog and we are very proud to be featured in her Supplier Lounge there, so I am very pleased to be able to share with you news of her exciting new planning packages.

Think you can’t afford a wedding planner? Think again! RS WeddingDesigns  is offering pick-n-mix planning from just £280 with their Theme Design packages.
“No bride wants a cookie cutter wedding but all too often weddings try to foist a package wedding onto them that really doesn’t reflect their personality,” says Rachyeta Singh. “With a Theme Design package, it’s a small outlay that can really open your eyes to what else is out there.” 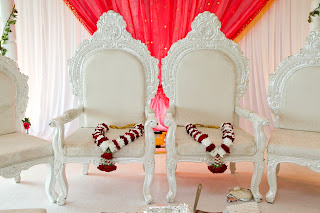 “It’s your opportunity to do something different and make your big day stand out.”
The package starts at £280 for design ideas, rising to just £395 if you would like RS Wedding Designs to recommend suppliers as well. 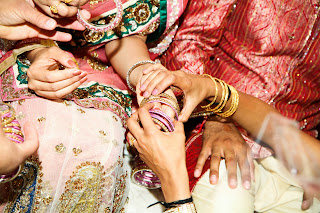 The idea for the Theme Design package came from customer demand. Rachyeta often updates her blog with gorgeous reception decor ideas and her eye for colour and attention to detail can turn a dreary hotel package wedding into something rather wonderful.
One bride who avoided a cookie cutter wedding, but ordered some gorgeous cookies, is Catherine, who booked a Theme Design package with Rachyeta.
“The theme Rachyeta chose for us was a paradise dream theme, because our love story was something out of a dream,” Catherine says.
“The place names were little puffy clouds, the set up was a light blue and pink infusion. Our favours were a mix of a thermometer shaped ginger biscuits and an aeroplane shaped biscuit, as I am a doctor and my husband is a pilot.”
“Her venue suggestion was spot on and everyone had a blast.” 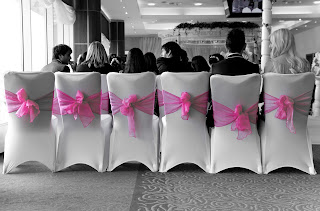 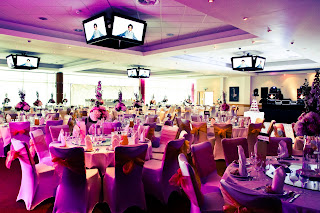 So how does RS Wedding Designs come up with these special touches? The company takes an innovative approach to wedding planning, building up an online directory of preferred suppliers to add to the creative flair of Rachyeta and her team. As such, RS Wedding Designs brides not only get great ideas, they also get great discounts. 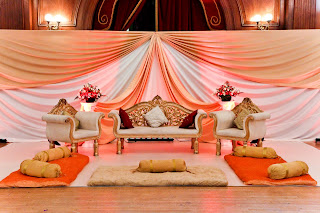 “Brides use Google a lot nowadays to research wedding ideas but it’s a real shot in the dark,” Rachyeta says. “You may find the supplier of a product you want, but how can you be assured of quality? There has to be a degree of trust and nothing beats a recommendation from those within the industry.
“Our suppliers are people who will deliver. There is a great deal of vetting going on before they are added to our directory. We want to get to know the company behind the business logo - and, in the wedding industry, the photographer behind the camera.”
You can contact Rachyeta through her website, follow her on Twitter and get gorgeous inspiration from her Shaadiesque blog and her Bridal Street, rs1 blog.
Posted by Lil'guy Stationery - Invitations etc at 06:01 No comments: Links to this post

It's almost the end of 2011, where has it gone?! I hope that it's been a good year for everyone? It's certainly been a busy one here at LG HQ and has flown by! So what's new for 2012? Apart from lots of lovely weddings there is of course going to be the London Olympics. Our guest blogger this week is Grace from Little Wedding Ideas, who supplies unique and innovative wedding favours and for the sports fans of you there are some additions to her ranges that will no doubt interest you!

The whole nation are in anticipation of a huge summer of sport next year.  We have Euro 2012 in the football calendar and the usual Wimbledon season to look forward to, but the excitement really lies in the Olympics 2012.  Here at Little Wedding Ideas we have already found that our personalised cricket balls and mini rugby balls have become a popular choice as wedding favours for couples passionate about their sport.  Summer 2012 is going to accentuate this even further, with the whole country going a bit sports mad!
We have a great selection of sports themed products.  We have leather cricket balls, mini and foam rugby balls, regular and mini footballs, volleyballs and tennis balls, to name a few.  However, we also have sports themed confectionery, name place holders, key rings and accessories to compliment the theme.
Examples of our products:
Printed mini rugby ball - Authentic in appearance to a full-sized ball, but only 17cm in diameter. It can be printed with the couple’s name and wedding date to make a great favour or save-the-date announcement.  £3.45 each. 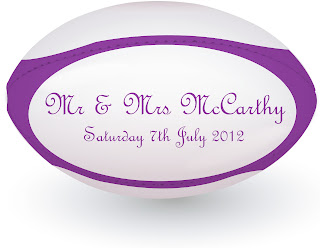 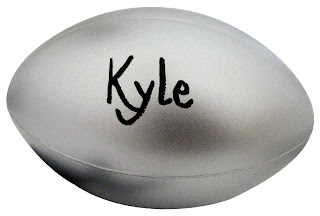 Printed cricket ball – A personalised full size cricket ball makes a fantastic wedding favour.  The ball is made from high grade leather and the official weight used in the sport.  These balls can also be colour matched to compliment your wedding theme at an additional cost.  £3.85 each. 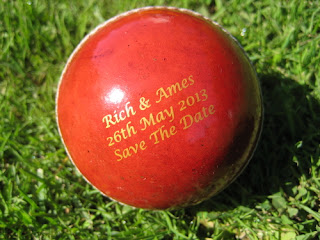 Printed beach volleyball – An authentic beach volleyball which can be printed in up to four colours would make a great addition to a beach themed wedding.  £6.50 each.
Printed tennis ball- A printed tennis ball makes a great summer themed wedding favour.  Printed with your own words in a colour of your choice.  £2.40 each.
We have plenty more ideas for sports themed parties and weddings on our website.
You can also find Grace on Facebook and follow her on Twitter. Even if you're not a sports fan, there are plenty of other great favour ideas on the website so pop over and have a look!
Posted by Lil'guy Stationery - Invitations etc at 06:00 No comments: Links to this post

"Minal and Gavin's wedding was the perfect demonstration of the joining of two cultures - they had a traditional Hindu wedding followed by an English Civil Ceremony, at Manor of Grove, Hertfordshire. The day started dramatically with a few rumbles of thunder and rain, and then it got warmer and the sun shone in all the right places. Minal and Gavin chose beautifully co-ordinated Indian wedding clothes for the Hindu ceremony, which included the 'Jaimala" where they exchanged flower garlands and 'Kanyadaan' the most important ritual where Minal's hand was given to Gavin as his bride. 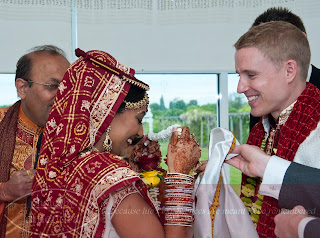 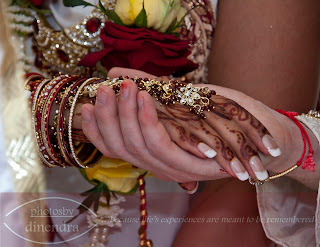 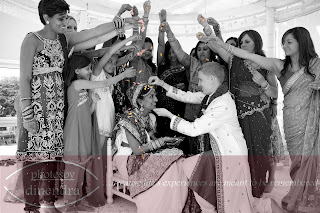 The families from both sides had a role to play in the ceremonies and Minal's brothers and cousins were on hand to wish the couple happiness as they completed the 'Mangalpheras' or circling of the sacred fire, the 'Havan'. 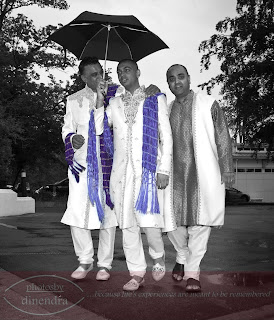 The couple changed into romantically understated and chic English outfits for the civil ceremony. Minal's bridesmaids also wore stunning dresses throughout the day, and the colour schemes for the outfits and the surrounding decor were altogether quite mesmerising." 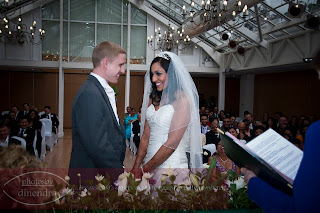 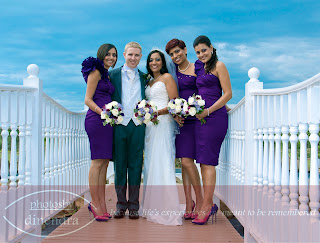 Since the Surrey Networking Tweet Up a couple of weeks ago the Wedding Industry Awards Regional Winners have been announced. Having met so many wonderful people at the Tweet Up I looked with interest to see who the regional winners were. On the list, amongst the people I have heard of but not actually had the privilege to meet, I was thrilled to see the name of one person I had met and with a delightful and unusual business! Mr LG has a huge soft spot for VW Campers, having spent months living in one travelling across Australia many years ago - in fact he still has the VW badge from the front of the van tucked away with all the photos from the trip. My parents bought a VW Camper when I was a teenager, a rather fetching two tone orange and cream (well, it was the late 70's!), with a pop top roof where two people could sleep.
Nathalie, who runs Buttercup Bus VW Campers is passionate about restoring these vehicles which I'm sure feature in the memories of many of us .......


Nathalie | Buttercup Bus VW Campers Website | Twitter | Facebook | Buttercup Bus Blog
I'm very definitely a country girl but glamping is much more my thing than the traditional wet week in a Welsh field with the loo block half a mile away! I'm seriously considering looking into the Isle of Wight option, not because I have to feel that I'm 'abroad' but because I heard on the radio the other day that Springsteen & The E Street Band are headlining the closing day at Bestival 2012 - would love to go but not keen on a tiny tent and queuing for a smelly portaloo at night!
Lastly, and this is purely indulgent, I have to post pics of Nathalie's Yorkie and my LGs!

More photos of the LGs on our Facebook Page, why not come and join us?
Posted by Lil'guy Stationery - Invitations etc at 06:55 2 comments: Links to this post

Where to find Lilguy on the web