Last week I joined in a linky/blog hop from Kate on Thin Ice on mums getting their groove back, which is a wonderful way to share stories, tips and general encouragement. I am not a young mum by any stretch of the imagination as my boys are now 18 and 15 but they live at home much of the time and sometimes even now the pressures of running a home and family at the same time as running my own business can seem daunting. I'm no longer chasing toddlers around and changing nappies but chasing up teenagers to help me around the house, keep their rooms clean and tidy, and in the case of the youngest to do his homework. Oh, and struggling to keep 2 out of 3 of the LGs from escaping the garden and disappearing for up to 24 hours at a time! Just yesterday I happened to pop my head out of the back door to see Bingo squeeze through a hole in the fence with Betsie egging him on and impatiently waiting her turn to join him! At my yell she came slinking back to the house looking incredibly guilty but Bingo with one bound was free and bounced happily across the fields away from the house. Dashing out to the front of the house I jumped into my car and belted across the fields from the other direction to cut him off before he managed to get too far - as he sees the 4x4 as the ultimate pack leader this is far more effective than running after him & he happily followed me home so got a bit of exercise whilst being retrieved (which is more than can be said for me!).
Last week I mentioned that I'd signed up for a jewellery making course and Tuesday this week was my first class. It's not always easy to meet new people so I was a little apprehensive as I drove there, but I needn't have been. I'm most definitely the novice and the other ladies have been going for some while but they made me feel very welcome and I never once felt I was asking a stupid question. I came home feeling very positive and excited by a new challenge - and I fear it will be challenging, possibly more for Katherine, our teacher, than me, as I have yet to get the hang of using the saw to cut copper sheet into workable pieces without breaking the incredibly fine blades! She assured me that she doesn't charge for blades used, although I think she may be rethinking that policy by next Tuesday! I came home armed with a couple of trade catalogues and a little bit more knowledge than before and have just received a parcel of bits and pieces (including my own saw and blades).
So this week I have started a new course, tidied most of the house, sorted out all the laundry and prevented an escape party - not bad going. Just one small blip - Mr LG comes home from Malta for the weekend today and I turned up 12 hours early to collect him from the airport, still, looking on the bright side, I did the weekend shopping on the way to Gatwick so at least that's out of the way!
If anyone has any suggestions for jewellery projects please feel free to let me know - I have one in mind for my mother's birthday in December but other than that I'm open to suggestion.
Posted by Lil'guy Stationery - Invitations etc at 13:19 3 comments: Links to this post

Email ThisBlogThis!Share to TwitterShare to FacebookShare to Pinterest
Labels: Jewellery

Weddings are not just about the bride - sorry ladies but it's true! It's your man's day too, and your dad's, even if their speeches do refer to you, the whole point of the day is the marriage of your lives together to become a full partnership rather than a take over! Much blood, sweat and tears go into many wedding speeches and often the poor chaps have to sit through a full wedding breakfast knowing that they have to stand up and give a speech afterwards, which can't be great on the nerves. So, today's guest blogger gives some advice on speaking in public to an audience, which of course applies to ladies as well as to any best man or father of the bride!
A TALE OF A TERRIFIED BEST MAN 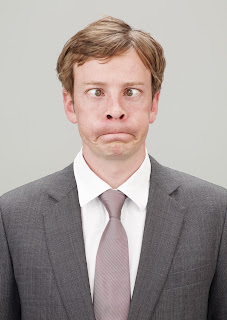 As I stepped up to the microphone to talk about my friend I had 20 minutes to inform, entertain and acknowledge a crowd who were it was, well in the main, strangers to me. I was petrified – 20 mins how the heck am I going to fill all that time? When I accepted Peter's invite to be his best man, I really had no idea what I was letting myself in for. Apart from all the stag night and the ring, it was my responsibility to look after the groom and that included the stag night. It’s best if we leave that tale for another day!
Once I was into my stride most of the things I had to deal with happened fairly easily. That’s not to say there were no issues, but most of the tasks seemed to follow a fairly natural path. Until the realisation hit me, that in four weeks I had to give a best man’s speech! Now standing there bigging up and embarrassing my friend was a juicy thought. But the closer I got, the more I realised a lot of what I had written was not going to be appropriate. My laddish style was not going to hit the spot, not to mention the jokes I had planned!
During the conversations with Peter and his parents, and the telephone call to the brides parents told me as much.  Peter and I went back many years and I could embarrass him royally.  But I was told in no uncertain terms, I was to keep it clean. So everything I had decided to use was now useless. It was then I started to get very worried about speaking to a bunch of people I hardly knew.
It was then I experienced the first emotions that were to scare the living what’s’ it’s out of me.
As I later found out, speaking in public is our number one fear. Well in Western societies it is. 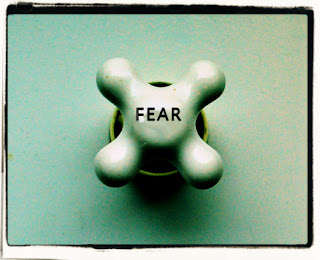 Earlier I mentioned the feelings I was starting to experience.  And you can feel the fear of speaking, because it’s down to a bunch of chemicals that are let loose on us. These are the same chemicals produced by our brain that we get, when, well you are overtaking a lorry on the Motor way and you get a blow out at 70 mph, in rush hour.  Your brain is hard wired to react that way.
The closer it got to the big day the more nervous I felt.  It got so bad I went to a hypnotherapist in search of help.  On the evening before the wedding I took Peter down to the pub at 9:30 for a last pint or two.  After all I was under strict orders to keep him sober. Over a beer I mentioned I was petrified and suggested he might get a replacement! Well what happened was adequate and the end the day went well, and I managed not to offend anyone, And I believe I mentioned all the people who had made the day go well.
The one thing the experience showed me was a singular deficiency that deterred me from speaking to groups.  I decided to do something about it and conquer this fear of speaking in public. Five years later I was again a best man and this time I was ready, primed and confident.  I had taken a speaking class which had put me on the right road.  But what it did was engender a life long love of speaking in public. It is now something I love.  So much so a year ago I gave up my job and started teaching people how to speak for a living.
Being able to speak in public should not put anyone off, in my opinion it should be taught in schools, well it is in .  Now you may realise why Americans often seem so at ease when speaking to groups. If there is one tip above all other it is ‘Be yourself’.  Once you start trying to be someone else you just pile on the pressure and believe me your nerves will win the day! 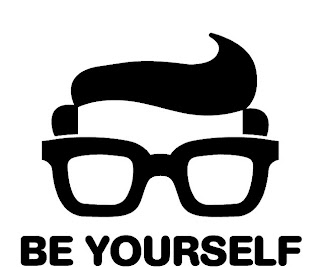 Please feel free to ask me for my ten tips for speaking at weddings, which started out as advice for the best man.  And enjoy speaking at weddings, with confidence.
Paul M Johnstone is a Speaker, Trainer and Paradigm Shaker, and been involved professionally in face to face networking for over 20 years. Now specializing in helping people get their message across by speaking to groups. Paul has developed a ground breaking speaking system called On the Money©, sharing with people how they can deliver killer presentations every time. www.paradigmshakers.co.uk and my speaking Blog at http://bit.ly/ql5VKH
Posted by Lil'guy Stationery - Invitations etc at 06:31 No comments: Links to this post

Where to find Lilguy on the web